In light of everything going on with the corona virus, I thought I would give you guys an inside look into my trip to Florida back in February. At a time before the world shut down, before a new normal took hold.

Traveling has always been something that I wish I could do more often. If money was no object, I would have traveled the world by now. There is something new and exciting about traveling to a new place and getting to experience how they live and the culture they are immersed in.

So when my mother in law posted on Facebook about needing some ideas about what avenue to go once they got to Florida, I jokingly responded with “Don’t forget about us! I wish we could go!” Which she proceeded to respond with “Well, why don’t you?” Or something to that extent. The details on the exact conversation are a little fuzzy. Then the wheels started turning as I tried to think how I could make this a reality. I did not want to come up with an excuse as to why this could not happen, because I really wanted to go. I was determined to do what I could to make this happen.

The only unfortunate thing about this whole set of circumstances, was that this all happened around the time that my husband was in the thick of nursing school. I could afford to take the time off for this trip. He, however, could not take the time off of school or work at the time. As my husband, I did not want him to feel like I was leaving him behind to his books while I laid out in sun with no obligations or things to do. This led to a lot of reassurance that he was actually okay with me going. I married a good one. He was so kind and considerate. His response being,” I will never hold you back from going and having fun.”

I requested the PTO shortly after that and once it was approved, the gears were set into motion as we figured out the logistics of everything before our departure date on February 1st, 2020.
Through all of this, I was amazed at how many people looked at me funny when I said I was going on a trip with my in-laws, plus his younger brother and sister, without him going too. Family is family. When I married him, they became my family too. Sure, I did not know them as well, but how was I going to get to know them better if I did not spend time with them. They are such a huge blessing. Financially, this trip did not hurt me, and that is all due to them. There is not enough thanks in the world to truly express how grateful I was/am for their generosity. They have treated me like their daughter from day one. A feat that is not always easy.

Living in Michigan, our winters can kind of be hit or miss. It has snowed in April and been 30 degrees in May, so you just never know. We lucked out this year though with a fairly mild winter, however, a week in the sun and sweltering heat was something that would be a nice change of pace. February soon came, I was packed (overly packed probably), and ready to set sail.

My husband left for work that morning, my hug voiced how much I was going to miss him, and then I was left to myself until my in-laws picked me up to head to the air port. It was snowing hard (go figure), but thankfully there were no delays on our departure. We had a lay over in Washington, but made it to Florida by 8 that night. We were tired, but elated to be in a place where palm trees were the state tree. We crashed hard that night, but with smiles on our faces.

Our first day there consisted of checking out the resort we were staying in, a trip to a fun little town, plus a couple hours lounging by the pool. It was “only” 60 degrees so it was chilly by any Floridian’s standards, but yet, there we were, in our bathing suits, soaking up as much sun as we could. This also happened to be Super Bowl Sunday so our first day ended with us watching the Kansas City Chiefs make an epic comeback.

Over the next couple days, we went horseback riding and spent copious amounts of time in the sun and by the pool. With as much horseback riding that I had done as a kid, I was surprised at how nervous I was. I guess that is what happens when you do not do something often. You lose touch.
Mini golf competitions and ping pong matches were sprinkled in there as well. Who knew that they would be as competitive as I was. I even got to hold a baby alligator. Feeling its heartbeat in the palm of my hand was a wild experience.
The sun continued to shine and before we knew it, we were fried. When it hurts to move, that might be a tell tale sign that the sun won that day. However, I think it was a battle that we were all willing to lose.

In the middle of our week there, we did a day trip to Universal Studios. Everything else was wonderful, but this was what I was looking forward to the most. Once we arrived at Universal and they opened the gates, I was mesmerized. My childhood had come to life and I could not wait to explore. My husband’s bother and his mom were my roller coaster riding buddies. I honestly have never really been a fan of roller coasters (severe fear of heights) but for some reason, I was game to ride most of them.

Overall, our day at Universal Studios did not disappoint. Towards the end of the day, his brother and I decided to test out all the water rides. In hind sight, it was a good thing we saved those for last. Soaked was an understatement. I probably looked like a mangy, wet dog that had gotten caught in a thunderstorm. We dried off in one of those industrial dryers that you could stand up in and that had to have been comical. By the end of the day, I had walked 20,000 steps totaling 9 miles, my feet hurt, I was tired, but I was so thankful for the memories that were made. My heart was full. I was happily, and tiredly, satisfied. Once we got back, I can not even remember if I showered or not. I hit my bed like a ton of bricks. Rest assured, I do not think I was the only one.

Over the rest of the week, we enjoyed adventuring on an Air Boat ride, visiting Old Town for the last time, playing more mini golf and lounging by the pool. Being so close, but yet so far from winning bingo. After Universal, we were all exhausted so laying low for the rest of the week was the perfect idea. All too soon, we were on the eve of when we would venture back home. I was sad to be leaving, but elated that I would soon be reunited with my husband. It was a long week of not having my best friend sleeping next to me. Hopefully he can go next time.

However, traveling by plane almost never goes the way you plan. Leaving Florida was okay, we left on time at least, but once we landed in Chicago, we were all notified that our flight had been delayed by a couple hours. After originally thinking we would fly into Grand Rapids at 8pm, we did not arrive until almost 11pm. At that point we had been in an airport or on an airplane for almost 12 hours. However, it was one of those moments where you could either gripe and grumble the whole time, or rest and relax, knowing that it is completely out of your hands. And being okay with that. It was a growing experience. When you are that tired though, all you can really do is accept your fate, and just go where they tell you at that time. That was my strategy, or mindset if you will. God blessed us all with an incredible week and it would not do anyone any good, if all we did was complain about our current situation, more than reminisce on the memories that we had from our week.

We finally landed, loaded up our bags, and hit the road so they could drop me off first and then trek back to their home in Custer (bless their hearts!). This was all in the middle of a snowstorm too, mind you, so thank you Michigan for welcoming us back with open arms.
Thankfully, they made it home safely, and I crashed in bed, falling asleep probably as soon as my head hit the pillow. Our Florida trip had officially come to an end and I am forever grateful for the time spent with family, the laughter, the memories, and the adventures we had together. We are dragging my husband with us next time.

2 thoughts on “Adventuring to the Sunshine State” 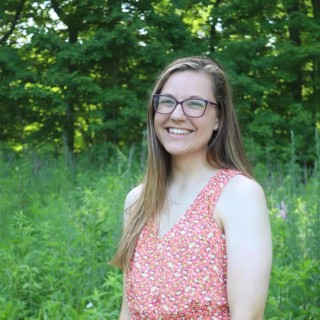